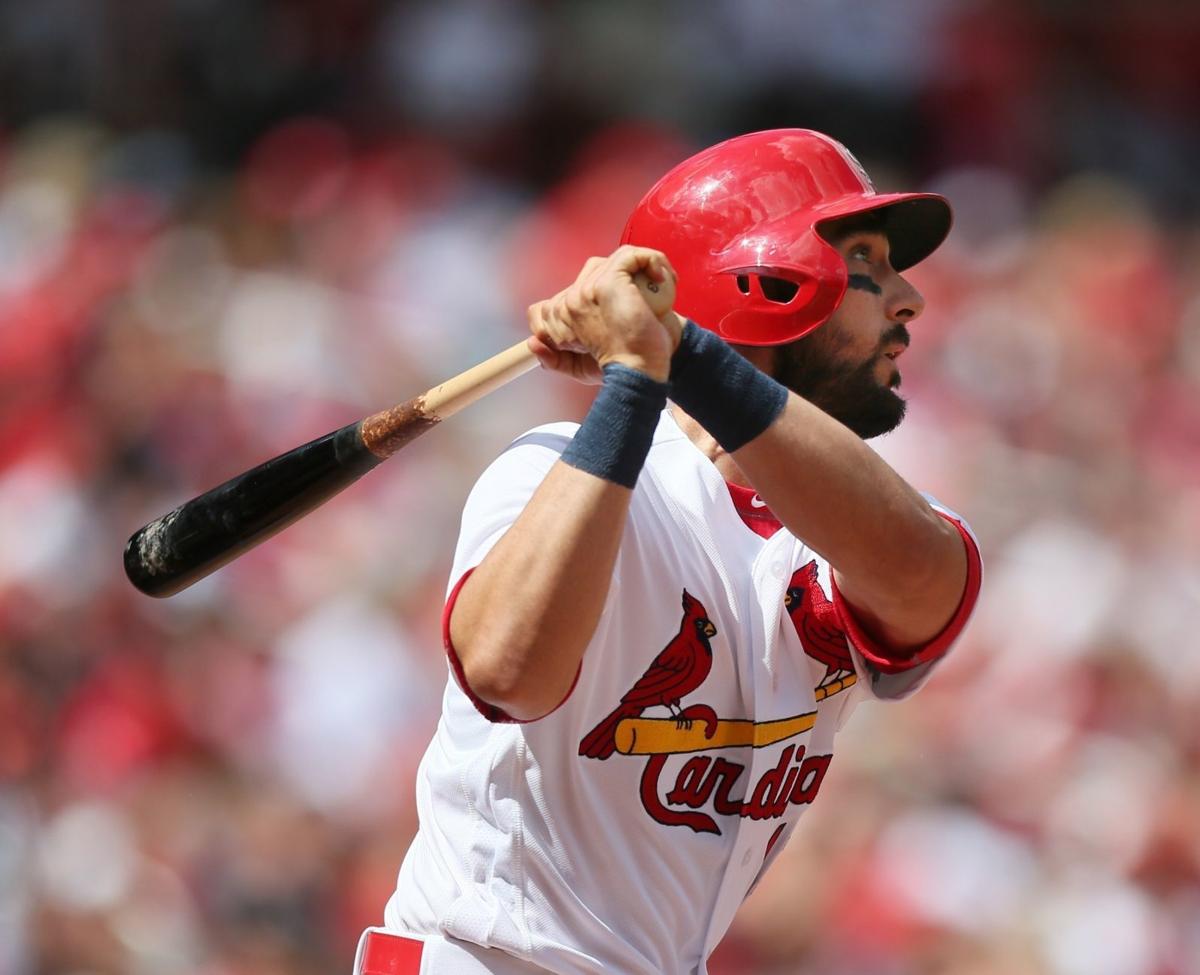 A couple of days ago I read this article from Derrick Goold where Matt Carpenter was quoted as saying that “he’s done selling his soul for home runs.” I found the article especially strange because in the article Carpenter talks about completely changing his approach at the plate…AGAIN! It was just a couple of years ago when Carp turned himself into a home run hitter by changing his swing and approach at the plate.

This is especially unusual because so many hitters have become well-known for improving their careers by doing exactly what Carpenter did a couple of years ago. Players like Daniel Murphy, Josh Donaldson, and Justin Turner have become stars by trying to hit more home runs and have encouraged many others to attempt the same thing. And now Carpenter wants to do the opposite?

Well, not exactly. With Carpenter’s homers have also come an increase in his strike outs. In 2013 and 2014, Carpenter’s K rate averaged 14.7 %. From 2015-2017, his K rate has averaged 20.7%. Over a 600 PA season, that an increase in 36 strikeouts per season. Now, the sabermetric community has developed many a hand cramp telling people that strikeouts usually aren’t that much worse than every other type of out and, in fact, are actually better than double plays. Nevertheless, 36 additional strikeouts means 36 additional balls NOT in play some of which would inevitably end up in time Carpenter would have reached base.

Carpenter is particularly upset about his .241 batting average last season — look at all the good it’s done that the sabermetric community has begun convincing people that batting average is way overrated! — and wants to increase his batting average and reduce his strikeouts and doing those 2 things would mean sacrificing some homers. The question is then, do we really want Carpenter trading home runs for a higher batting average?

At first, I thought the question was pretty stupid but now I’m starting to come around the idea that the answer is yes.

In the article, Carpenter is quoted as saying that he would be content to hit 15 home runs and 50 doubles instead of the 23 home runs and 31 doubles he had last season, if it also meant reducing the strikeouts. Now, 50 doubles is really difficult to get and would pretty obviously make him a better hitter since it would increase his number of extra base hits while also reducing the strikeouts. What if he gives up those 8 home runs, though, and only gets more singles? How many singles would he have to gain in order to make it worth giving  up the 8 home runs?

Last year, Carpenter had a .361 wOBA so, clearly, for this experiment to be worthwhile, he’s going to have to end up with at least the same wOBA this season. Let’s say that this season Carpenter had the same number of everything as last season except for home runs, outs, and singles. He would lose the 8 home run by dropping from 23 to 15 and, in order to keep a .361 wOBA would need to go from 64 singles to 78. He would only need to trade his 8 home runs for 14 singles in order to just break even.

How hard would that be? Last season he had 622 PA’s so if he lowers his K rate by 6% that would reduce his number of strikeouts by 37. Take away those 8 home runs and that’s an additional 45 balls in play. Last year his BABIP was just .274 but a different approach that isn’t so fly ball heavy might increase it to the league average of ~.300 so let’s assume a BABIP around .300. A .300 BABIP on an additional 45 balls in play means an additional 13.5 hits. How about that! Even if we assume all 13 – 14 of those additional hits are singles then his wOBA would exactly be equal this year to what it was last season.

This obviously assumes he can reduce the strikeouts by a lot so that he’s back at his pre-2015 K rate. I don’t honestly know if that’s reasonable. Can he do it simply by changing his approach over the offseason? I don’t know that either but I think that we’ve shown that it’s conceivable that he could trade homers for balls in play and end up at least as good an offensive player as he was in 2017.

Obviously that means that if he turns some of those homers into doubles, presumably his wOBA could actually increase. Carp’s best season came in 2013 when he had 11 HR’s, 55 2B’s, and a 13.7% K rate. His BB rate that year was 10% and last year his walk rate was 17.5% so a lot of those assumptions rely on the fact that this increase in the number of balls in play doesn’t force him to sacrifice any walks.

It’s rare that we hear any baseball player, coach, or analytics guy suggesting a player should try to hit fewer home runs so my first inclination when hearing what Carp wanted to do was to think this had no chance of actually making him a better hitter. But maybe I was wrong. Hopefully I was. The numbers, I think, show that this is doable IF he can actually lower the K rate to his 2013 levels.